skip to main | skip to sidebar

Science: The Art of Living (an interview with Steve Fuller about his latest book)) 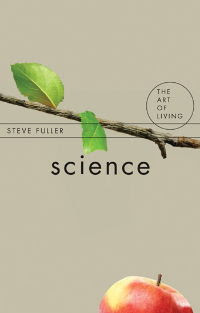 Q1. Science: The Art of Living is the third book you've written on the science/religion relationship. In what sense does it mark a logical progression in your treatment of this theme?
A1. If you look over the three books – i.e. Science vs. Religion?, Dissent over Descent, and Science: The Art of Living -- you’ll see that I am becoming increasingly explicit about the kind of science-religion world-view that I would promote in the name of ‘humanity’: on the one hand, ‘science’ understood in the broad ‘Wissenschaft’ sense that includes the humanities and theology as sciences; on the other hand, the Abrahamic religions (Judaism, Christianity, Islam) that presumes the unique proximity of humans to God amongst the creatures of nature. A book that precedes these three, The New Sociological Imagination (Sage, 2006), speaks of this unique combination as the ‘anthropic world-view’, which I believe has also justify the interest – perhaps (regrettably) diminishing in our own time – to carve out a special body of knowledge called ‘social science’. I deal with the future prospects for this world-view in my latest book, Humanity 2.0: Foundations for 21st Century Social Thought (Palgrave Macmillan), due out next year. ‘Intelligent design’ (ID) is central to this conception mainly for its sustaining intellectual content, not its current cultural politics, which as everyone knows tends towards the conservative and sometimes even the reactionary. The idea that the natural world might be constructed as the best possible machine has always been a powerful force in motivating the significance attached to scientific inquiry, the intensity of its pursuit and the extent of its application. ID is responsible for that idea – God as The Big Engineer -- which when seen against the backdrop of the world’s creation stories appears very counter-intuitive. The additional degree of specificity that Science: The Art of Living provides that was not present in my earlier work is ‘Protscience’, the idea that science is not merely indebted to the Protestant Reformation for is itself now undergoing its own version of that movement, with people taking science increasingly into their own hands (say, via the internet) in much the same way the Protestants took the Bible into their own hands (via the printing press). For this idea, Richard Dawkins recently interviewed and condemned me as an ‘Enemy of Reason’ in one of his television programmes.
Q2. I gather you're not too crazy about the academic sport of routing and scaffolding works in relation to their forbears, so I hope you can forgive me for asking this question. I guess it speaks more broadly as well to the issue of historical continuity and rupture, so I'll persist: is it at all helpful to contextualise the book in relation to classical sociology? Specifically, I'm wondering if your demonstration of the compatibility of science and religion is designed to avoid the Scylla of scientism and the Charybdis of obscurantism? No less an authority than Weber had warned of the ascendancy of "specialists without spirit" and the "sensualists without heart", operating in a world where the powers that bear down on humans and ordain their callings are not divine, but rather the conditions of modernity itself- specialization, rationalization, and intellectualization. I suspect though you might want to qualify the comparison. Perhaps we could speak then of science as an art of living as a corrective to Weberianism rather than the intellectual and superstitious retreat he himself feared? This would mean that the pursuit of truth and understanding is placed in a communal context within which they can flourish most fully. St. Bernard of Clairvaux might even be cited as setting an early precedent, along with the scientists you positively refer to in your book.

Q5. I want to come at the science as an "art of living" ideal from another angle. At least initially, it brings to mind how "art for art's sake" can make an activity appear to be an end in itself, which would put us back in the camp of Weber's "sensualists without heart". Because the book does not use your preferred title, I have to ask whether aestheticism per se is a central concern?

Please no citation or reproduction of any original writings or images appearing on this blog without the permission of its authors.

"Defects of empirical knowledge have less to do with the ways we go wrong in philosophy than defects of character do; such as the simple inability to shut up; determination to be thought deep; hunger for power; fear, especially the fear of an indifferent universe" (David Stove The Plato Cult and Other Philosophical Follies 1991: 188) 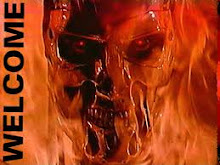